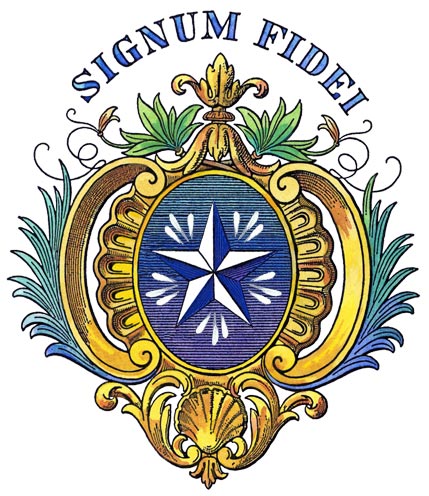 Manhattan College was founded in 1853 by a group of Christian Brothers who sought to carry out De La Salle's mission of uplifting lives through education. Today, the Christian Brothers are the heart and soul of Manhattan College and our Lasallian mission. The Brothers hold faculty and administrative positions, and are among the most visible and beloved members of our community.

History of the Manhattan College Brothers

In the post-French Revolution era, the De La Salle Christian Brothers moved beyond France to Montreal, Canada in 1837. Montreal served as a base for further expansion in Canada and the United States. In 1848, at the request of John Hughes, the Archbishop of New York, four French Brothers came to New York to take over the school at Saint Vincent’s Parish on Canal Street in lower Manhattan.

Within a year, the parish school was augmented by a small academy that a few years later would become De La Salle Institute, an independent secondary school. There was also at Canal Street a boarding academy that ultimately evolved into Manhattan College when, in 1853 Brother Stylien (pictured here), Brother John Chrysostom Barat, Brother Vivian, Brother Adel, Brother Islow, and Brother Michael moved their small St. Vincent's Academy from Canal Street to what was then known as Manhattanville, a section of New York City at 131st Street and Broadway.

In 1922-1923, some 70 years after the move from Canal Street to 131st Street and Broadway, Brother Cantidius Thomas Fitzsimmons moved the College to its present location in the Riverdale section of the Bronx.

The Brothers and their faculty colleagues brought with them more than their furniture and their students. They were the bearers of an educational tradition that began in 17th century France with John Baptist de La Salle, the founder of their religious order who was declared a Saint by Pope Leo XIII on May 24, 1900 and the Patron Saint of Teachers on May 15, 1950 by Pope Pius XII – a tradition and heritage that today is embraced by a diversity of people throughout 80 countries of the globe.